For weeks now, my left shoulder and left hip have been bothering me both on and off the mat.

The hip has been problematic for a few months – ever since I changed studios and amped up my class frequency, actually – but the shoulder really kicked in during teacher training, when all the sloppily-done Chaturangas finally did me in.

I haven’t really practiced in a few weeks. That’s the most I’ve ever gone without yoga since I began to take regular classes a couple of years ago. I’ve been working with a Corrective Exercise Therapist (and she’s fantastic if you want a referral), and while the shoulder is getting better in spurts, I’m not making much progress with the hip (which by the way, got worse after my half marathon).

I may not finish my teacher training after all. END_OF_DOCUMENT_TOKEN_TO_BE_REPLACED

It had been a while since I’d dug into an entire pint of Ben Jerry’s ice cream.

It used to be a daily habit, back when my son was still a baby and I still carried the signs of the 60 lbs I gained during my pregnancy.

I wish I could say my teacher training course had ended on a more positive note.

There were many high notes about the program, not the least of which was the quality of the people who went through the program with me. I made real connections with some of these wonderful souls, and I’ll never forget it.

END_OF_DOCUMENT_TOKEN_TO_BE_REPLACED

It’s the middle of May and I survived the most intense weeks of Yoga Teacher Training, as well as my second half marathon.

Despite my lack of commitment to half marathon training, all the new leg muscles I built up during endless hours of weekend yoga helped me take over 10 minutes off my previous time. I finished in 2 hours and 13 minutes. END_OF_DOCUMENT_TOKEN_TO_BE_REPLACED

One of the things we’ve been discussing on and off during teacher training over the last six weeks has been our inherent “need to be right,” and how exercising that need often leads us to disconnect from others.

It’s tough to explain what it means to have the need to be right, and the best way I know how to describe it through this quote I recently came across in an article on “spiritual snobbery”:

Before you speak, let your words pass through three gates:

At the first gate, ask yourself “Is it true?”

At the second gate ask, “Is it necessary?”

In my world, the first gate is easy enough to step across. But many, many things that come out of my mouth often fail the test of gates two and three.

In business meetings, I find myself asking questions I already know the answer to. Not to validate my thoughts or check whether I’ve been misinformed, but to show people how much I know without coming off as a know-it-all.

In casual conversation, people will mention things I don’t agree with and I rush in to correct their misconceptions, despite the fact that their being “wrong” has absolutely no bearing on my life or theirs.

And while there are times in life when it’s important for other people to agree with me (e.g., my husband and I need to be on the same page about where we’re sending our son to school, or my boss needs to be on board with consequential decisions that affect the direction of my team), most of the time we correct someone or engage someone in an argument we would probably be better off tacitly agreeing to disagree (it is not necessary to let the barista at Starbucks know that my name is spelled with an E).

It is not necessary. It is not kind. And if we could all learn to shut those two gates when it’s warranted, the world would be so much happier.

The following is a stream of consciousness essay from my yoga teacher training on how the Yamas and Niyamas – the life principles of yoga – apply to my life.

I was born and raised a Catholic.

While I’ve never been particularly observant of the religious rituals that were such an integral part of my upbringing, for most of my life I have had nearly blind faith in a higher power that moves of us all, and binds us all.

And yet I knew next to nothing about other religions until well into adulthood. In fact, I knew very little at all about Eastern philosophy and spirituality until – after reading “The Alchemist” by Paulo Coelho – I became increasingly intrigued by the power of the Universe, the drivers of my own happiness (and more importantly, unhappiness), and my ability to influence my perception of the world by merely shifting my attitude.

Up until then, control had been a very big theme for me, and I tried hard to exercise control over my loved ones, my surroundings, my feelings, my situation, my destiny, my future.

I drove to be more. To do more. To have more.

It never occurred to me until I read the words “the entire Universe conspires to help you achieve it” that all my plotting and controlling might be futile, and that the only thing I could really control were my choices and my actions. That there might be a more effective way to get to where I wanted to go.

And then I discovered yoga. More specifically, I discovered asana. And when I realized how effective it was at helping me practice going with the flow, I went in search of what this ancient philosophy could have to offer.

What I found was that some of the central tenets of the Yamas and Niyamas resembled my Catholic upbringing very closely. Surrendering the illusion of control to a higher power, trusting Divine Will, treating others with equanimity and compassion, all featured very prominently in my Sunday school lessons. Though shalt not murder. Thou shalt not steal. Thou shalt not covet. Thou shalt not give false testimony.

The Ten Commandments bear a striking resemblance to the Yamas, despite the years and miles that separate those sacred texts in space and time.

Still others, like purification, self-discipline and contentment I found through the Niyama of self-study, in searching for the mental keys that would lead to my own happiness. Therapists, authors, yoga teachers and the Dalai Lama opened my eyes to purging what doesn’t serve me (fear, anxiety, anger, resentment), pushing through discomfort and seeking those unpleasant activities that will help me grow, and accepting that despite what I might be lacking, there’s nothing stopping me from being happy in the here and now.

While I practice compassion and empathy toward others, I don’t consistently show the same courtesy to myself. I beat myself up for not measuring up to my expectations, berate myself for feelings I can’t control, and regularly tell myself my best is not enough.

I’ve been known to tell a white lie or two, and while I often speak my mind with others, I consistently filter any thoughts and emotions that might leave me feeling vulnerable.

I’ve never stolen anyone’s money or property, but I steal from my own identity by transforming into someone else to make sure I gain others’ acceptance.

I don’t horde my possessions, but I horde the thoughts, feelings and knowledge that have all my life made me feel more powerful. I cling on to a false identify. To a (young) body and to a (brilliant) mind, both of which bear little resemblance to the pure consciousness that is my true self.

I haven’t cleaned my house in weeks.

I turn a blind eye to my real self, in favor of the story.

I control. I plan. I resist. Still. I plot, I catch myself, I smile knowingly, and I keep plotting.

The Yamas and Niyamas apply to every aspect of my life. They apply to my relationships with myself and others. They ARE the drivers of happiness I was looking for, though not the heady, giddy happiness I thought I would find. Despite being born and raised a Catholic – and not a very good one, at that – they’re a recipe for the purer kind of happiness that only ten lifetimes of practice can help me achieve.

I may not perfect the recipe in this lifetime. But no matter. Now that I know the ingredients, I can work on getting better at mixing them. One ingredient at a time.

I don’t know why, I just like this picture

Saturday started off on a sour note for me emotionally.

I kept blaming it on the fruit fast, but I knew exactly what the problem was. I just couldn’t articulate it.

On Sundays I’ve developed the habit of  END_OF_DOCUMENT_TOKEN_TO_BE_REPLACED

As part of my teacher training program, we are also following a 40 day transformation program that focuses on creating healthy habits with regard to diet, exercise and meditation.

There is a book we use to follow the program, and then on Wednesday nights we meet to talk about our progress…

And we talk about our feelings…A LOT.

We laugh, We cry. We stand up and reveal our hang-ups and insecurities and imperfections to perfect strangers (kinda like I do on this blog). END_OF_DOCUMENT_TOKEN_TO_BE_REPLACED

One of the main principles for teaching Baptiste Power Yoga – the kind of yoga I’m studying right now – is using only “essential language.”

We have been practice teaching to the rest of our class since our very first day, receiving live feedback on the spot. This is where all the public speaking I’ve done with my corporate job has paid off. I feel comfortable in front of a crowd and the reps I’ve done in front of much bigger and more hostile crowds help me remember the flow of the poses while I’m up there. That being said, there are still many things for me to improve on, both on and off the mat (and inside and outside the classroom). END_OF_DOCUMENT_TOKEN_TO_BE_REPLACED

We were in Texas all week last week on a business trip / family vacation, and since we had plenty of time to kill during our trip, we got pretty adventurous with our undertakings.

On our first day in Houston, we drove by an indoor skydiving place and decided to try it out, without really knowing what it was or what to expect.

All three of us took a turn in the wind tunnel, and despite how different the experience was from what we were expecting, we all END_OF_DOCUMENT_TOKEN_TO_BE_REPLACED

This post isn’t that old, but my teacher training last weejend got me thinking about this again. Enjoy!

I don’t mean that I have a hard time opening up or being transparent. I’m very free with what I share with people – my flaws, my failures, my insecurities, my inflated sense of self-esteem. No qualms about revealing my anxiety, my phobias – things that I didn’t even realize until recently other people keep as closely guarded secrets.

My quirks don’t make me feel in the least bit vulnerable. I’m indifferent to general opinion or how my flaws will shape other people’s views of me. After all, I know something about their flaws too. That they have them. That we ALL have them, and mine are no better and no worse than anybody else’s.

I’m pretty comfortable with who I am. But only for the most part, as it would seem.

Yesterday, my yoga teacher was talking about vulnerability… 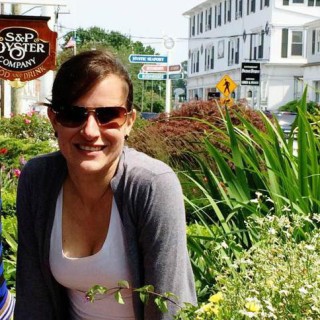 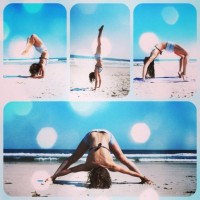 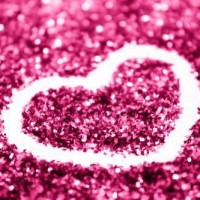 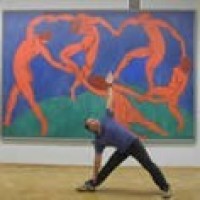 Merging into the divine sound form that is beyond time, space, and matter